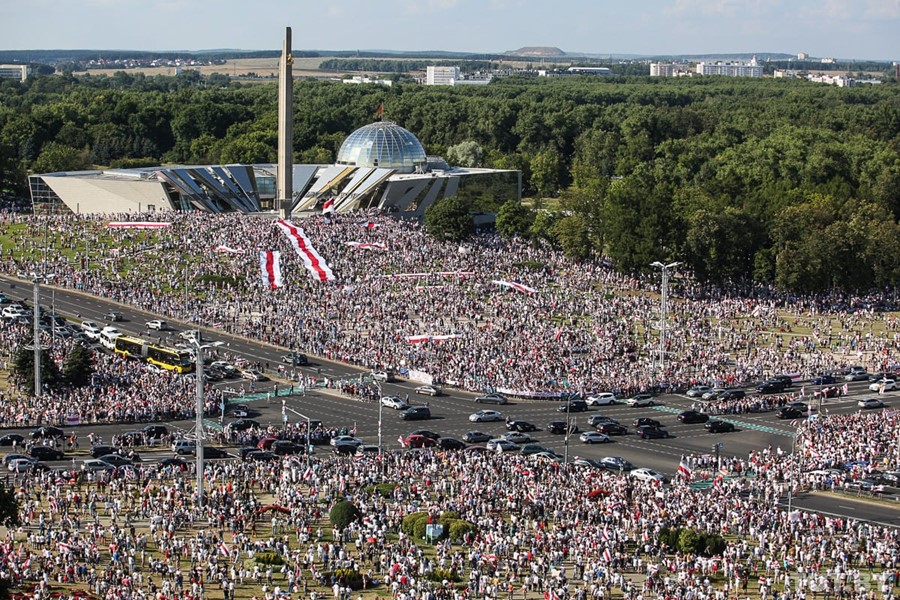 To the People of Belarus:

My tenure as U.S. Special Envoy for Belarus draws to a close this month as part of a planned diplomatic rotation.  Since 2020 you, the people of Belarus, made it clear that you should determine your country’s future. I want to express my abiding admiration for your strength and resolve in insisting that your rights be respected and your voices heard.  And I want to reaffirm that our commitment to support you on this path reflects the unwavering consensus of the United States.

It has been an honor to stand with you – even if from afar – since my Senate confirmation in December 2020 to be the first U.S. ambassador to Belarus in more than a decade.  The United States could not stand silent following the fraudulent conduct of the August 2020 presidential election nor whitewash the brutal reality of the Lukashenka regime’s crackdown as you peacefully took to the streets of Minsk, Hrodno, Homiel and beyond in defense of your fundamental freedoms and dignity as Belarusian citizens. So it was no surprise that Alyaksandr Lukashenka took back his agreement to receive an American ambassador.

I undertook the role of Special Envoy for Belarus, based in Vilnius, with my chief aim being to cement American support for you and your struggle. We established the Belarus Affairs Unit to work hand in hand with U.S. Embassy Minsk as a united team of creative and committed diplomatic and development professionals who support the wide range of Belarusian democratic forces, civil society, entrepreneurs and independent media wherever they are located.  And we have enhanced coordination with European Allies and partners in holding the regime to account for its human rights violations and its complicity in Russia’s invasion of Ukraine. I am deeply grateful for the partnership of so many European colleagues.

Despite the many attempts to distract and divert us from these efforts, we remain resolute. We continue to call on the regime to release unconditionally all political prisoners, to end its repression and mistreatment of citizens and organizations, and to engage with all elements of Belarusian society – including those in exile – in a meaningful national dialogue leading to new elections under international observation.

Our team working on Belarus from Vilnius to Vienna and from Washington to Warsaw and everywhere in between remains focused on supporting you and your aspirations for a brighter future.  I look forward to seeing a free, prosperous and democratic Belarus at peace with its neighbors.