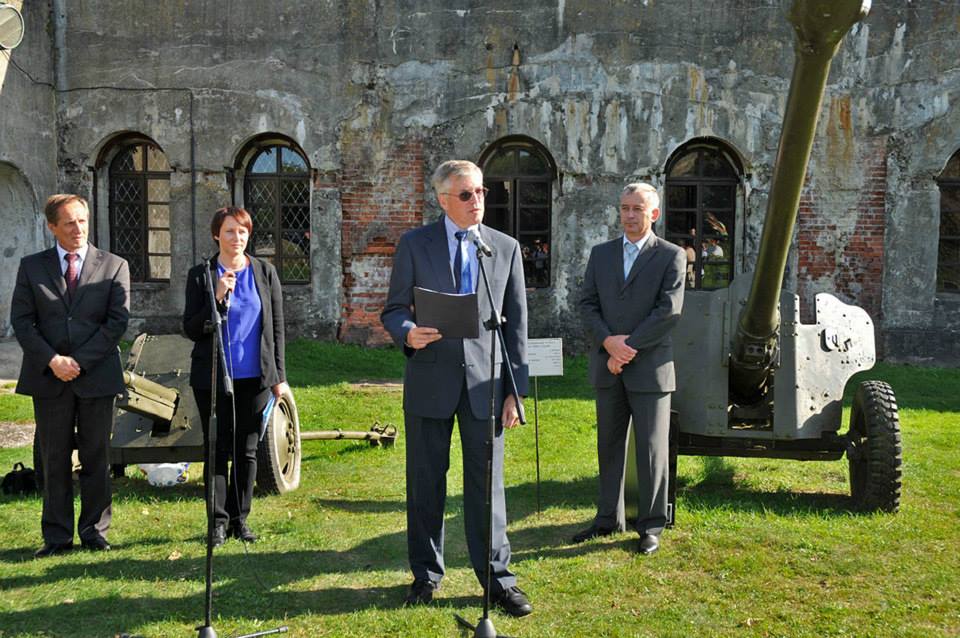 Today is one of those occasions which highlight the best in our two peoples—the dramatic and glorious history of our partnership to defeat the greatest enemy of the 20th Century.  It is an occasion for Americans to pay respect to the sacred ground in and around Brest Fortress.

We are gathered here to celebrate the official beginning of an ambitious project to elevate the fortress on the global stage, acknowledging the worth of all its parts — historical, architectural, social and cultural.  It is my great pleasure to be with you all today as we present this award of the Ambassador’s Fund for Cultural Preservation to the Brest Fortress Development Foundation.

This is the sixth Ambassador’s Fund project awarded by the U.S. Department of State to iconic cultural institutions in Belarus.  In the past years, this prestigious worldwide fund supported the landmarks of Marc Chagall Vitebsk, the National Library’s endeavor to preserve rare Belarusian audio recordings, and the University of Culture’s quest to document traditional Belarusian rites.

But this project, devotedly put together and presented to us by the enthusiastic and innovative staff of the Brest Fortress Development Foundation, is special.  It deals with a historic site which holds a truly unique place in the memory of Belarusians and other nations of the former Soviet Union and Eastern Europe due to the fierce resistance of the fortress defenders in the summer months of 1941—an unsurpassed manifest of valor, loyalty, and sacrifice.  And that was not the only tragic page in the history of the fortress — let us not forget the Polish garrison, bravely standing their ground here in 1939.

What makes the project even more special is the time it is going to be implemented.  Next year, the entire world, without exaggeration, is going to mark the seventieth anniversary since the end of World War II.  We were allies in that war and that togetherness should be remembered and celebrated, even as the decades pass.

On behalf of the United States Department of State, I am proud and honored to have the chance to support this important site and advance the world’s awareness of its value.  Let me present the Brest Fortress Development Foundation with this official certificate to marks the beginning of this ambitious project, which will receive more than USD 100,000 in funding over the next three years.

Thank you and I wish you all the best in this noble and educational endeavor.