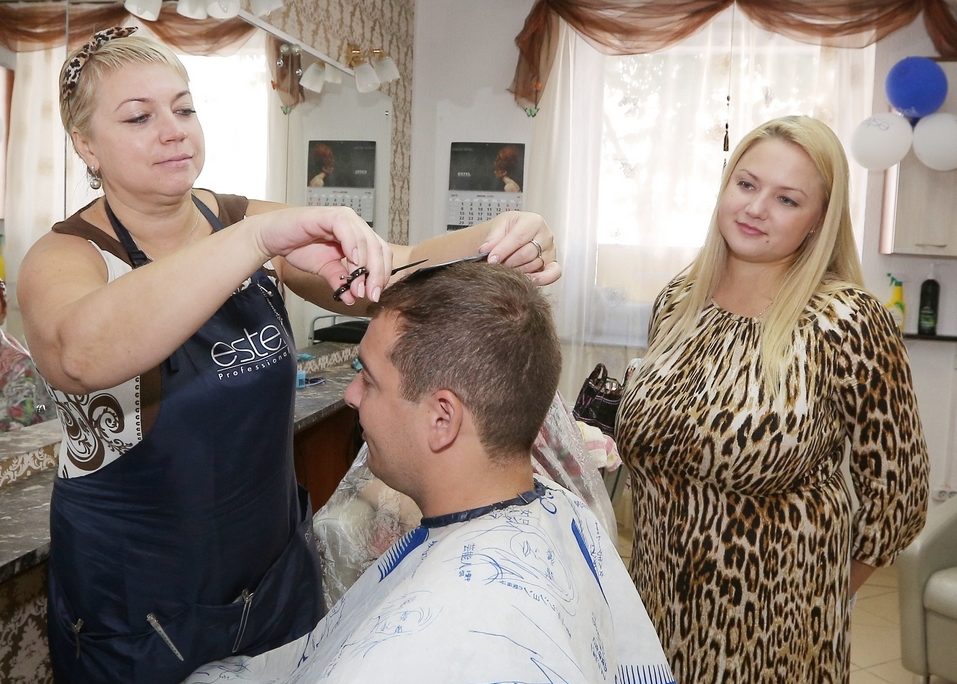 In May 2015, Varvara Aleksandrova of the Belarus city of Vitebsk was searching for employment. To bolster her chances, she took a course on the fundamentals of entrepreneurship. In August 2015, she opened a beauty salon, creating 10 new jobs.

Since then, the salon has successfully served and grown its clientele, providing much needed employment.

“I have been nurturing the idea of opening a salon for quite a long time,” said Aleksandrova. “However, I had only a vague vision of how to start a business before taking the USAID-supported course. Learning how to plan and manage a business, especially how to manage risks, was most useful for me. The course also encouraged me to believe that if I have a well-developed idea and am committed to pursuing it, then the necessary resources can be found.”

Since April 2015, 55 unemployed people have finished the USAID-supported course on the fundamentals of entrepreneurship at Vitebsk State Technological University (VSTU). Participants studied eight hours a day for a month.

“The curriculum was tailored to the trainees’ needs and included topics such as strategic planning, accounting and taxation, fundamentals of marketing and advertising, and psychology of small business management,” said Galina Yasheva, the VSTU professor who helped develop and implement the course.

Course graduates received state-recognized certificates upon completion, which allowed them to apply for a government subsidy aimed at job creation. Yasheva explained that 90 percent of the course graduates received subsidies and successfully started businesses, including a cargo carriage service, a construction and repair contractor, a tailor atelier, a hair studio and a center for foreign language courses.

The entrepreneurship course is part of USAID’s Capacity Building for Civil Society Organizations project. The 2015 course was one of eight project initiatives selected via a competitive process to strengthen economic and business education in Belarus. The other winners’ activities ranged from enhancing the curriculum of master’s degree programs to creating a science and educational center focused on aerospace.

Under the project, which runs from 2013 through 2017, USAID has significantly improved the quality of study materials and access to high-quality education in Minsk and regional universities. As a result of the eight initiatives, 45 new educational methodologies, techniques and instruments have been introduced, which have been adopted by 71 lecturers and trainers. The project has trained 365 individuals, and 1,715 students have benefited from the improved study materials and educational techniques.