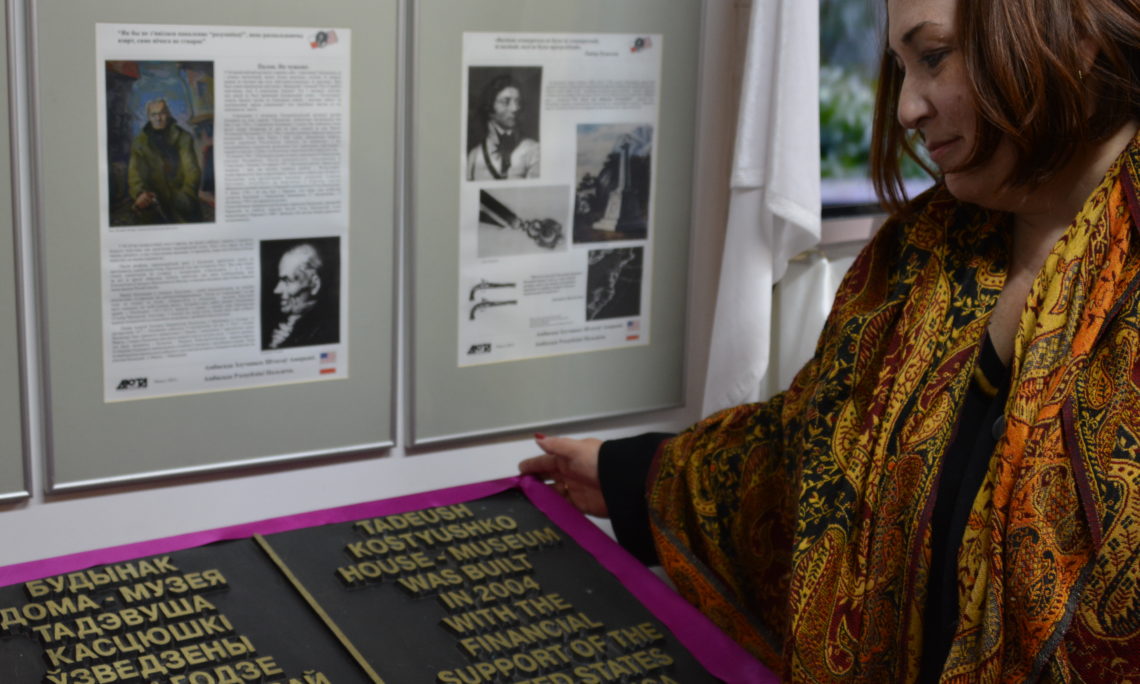 Dignitaries and locals alike first laid flowers at Kosciuszko’s monument, which was cast and erected last year with funds gathered through public fundraising. A ceremony inside the museum followed, where the Charge noted in her remarks that Kosciuszko’s “outstanding personality and his amazing legacy” spans continents, as he “was a patriot not only of his country, but of the whole world.”

The Belarusian hosts thanked the Embassy for the $12,000 grant given last summer to cover renovation of the thatched roof on the Kosciuszko home. The home – in which the hero of the American Revolutionary War and the leader of the 1794 uprising against the Russian Empire was born in 1746 – was rebuilt in 2004 with U.S. Embassy financial assistance. The structure houses the Kosciuszko museum, to whose collection the Embassy and West Point Military Academy delegations have made donations over the years.