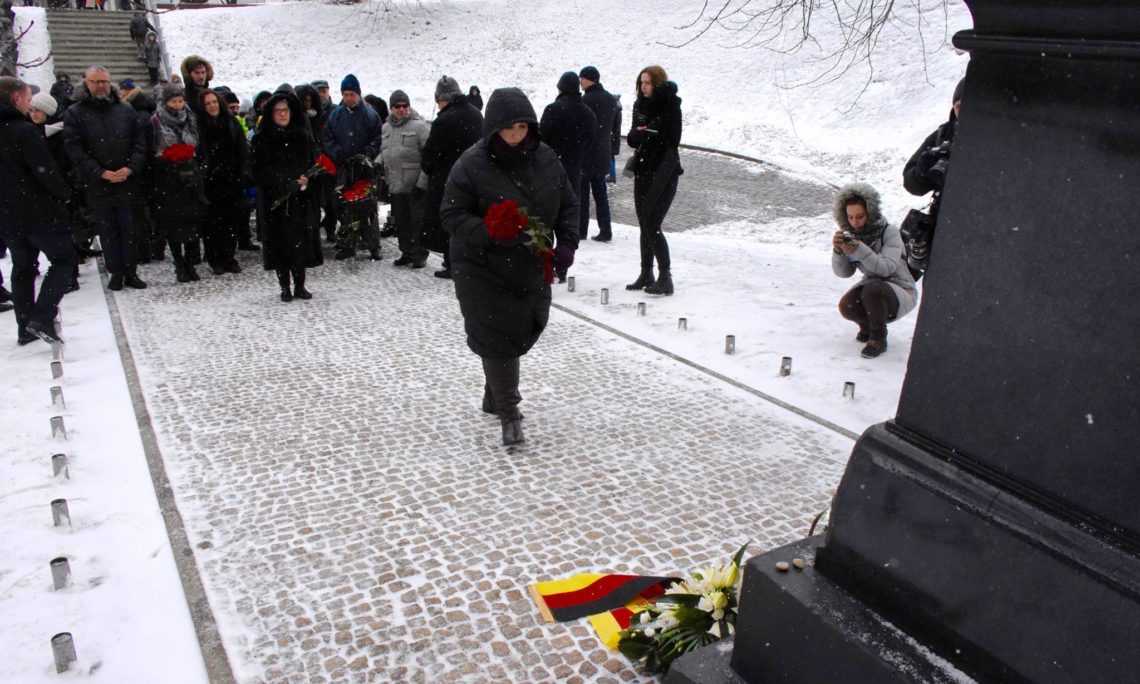 Charge d’Affaires of the U.S. Jenifer Moore participated in a commemoration ceremony at the Yama memorial. At the event she remarked:

“This is not my first time standing here with you at the Yama memorial in Minsk.  I am thankful, deeply touched, and honored by your invitation and heartening messages.  Jews celebrate Purim, one of the happiest holidays in March.  But March 1942 became a tragedy for so many Jewish children, men, and women.  I must bow my head in front of the war veterans, ghetto and concentration camp survivors, and their families.  These people continue to remind us all how devastated Belarus was from the violence and atrocities of World War II and the Holocaust.

The history of the Holocaust must be told and considered deeply.  Doing so allows us to understand where racism, prejudice and bias come from and how governments and people can take decisions that justify discrimination, the promotion of one race over another, and which open up space for hatred and the mass killing of nations.

I wish us all peace and a flourishing future.”