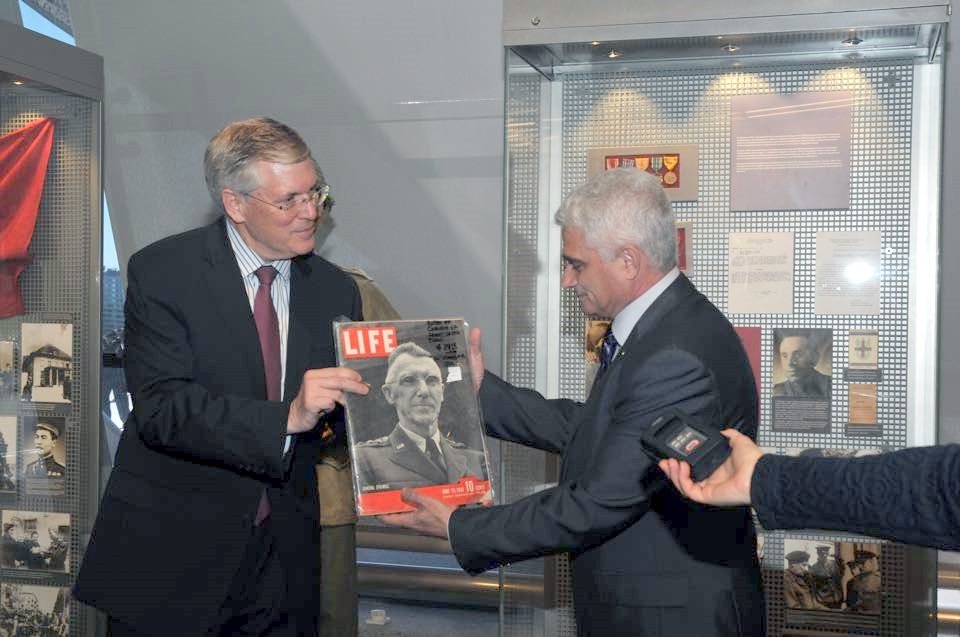 Chargé d’affaires Scott Rauland donated on April 30 several U.S. artefacts from WW2 to the Museum of the Great Patriotic War in Minsk. This donation will complement the museum’s section on the Soviet Union’s allies, Lend Lease assistance and the historical meeting of Soviet and American troops along the Elbe river in April-May 1945. The items are the personal belongings of American soldiers, bringing us back to the tragedy and glory of individual human beings and entire countries during that hard time.