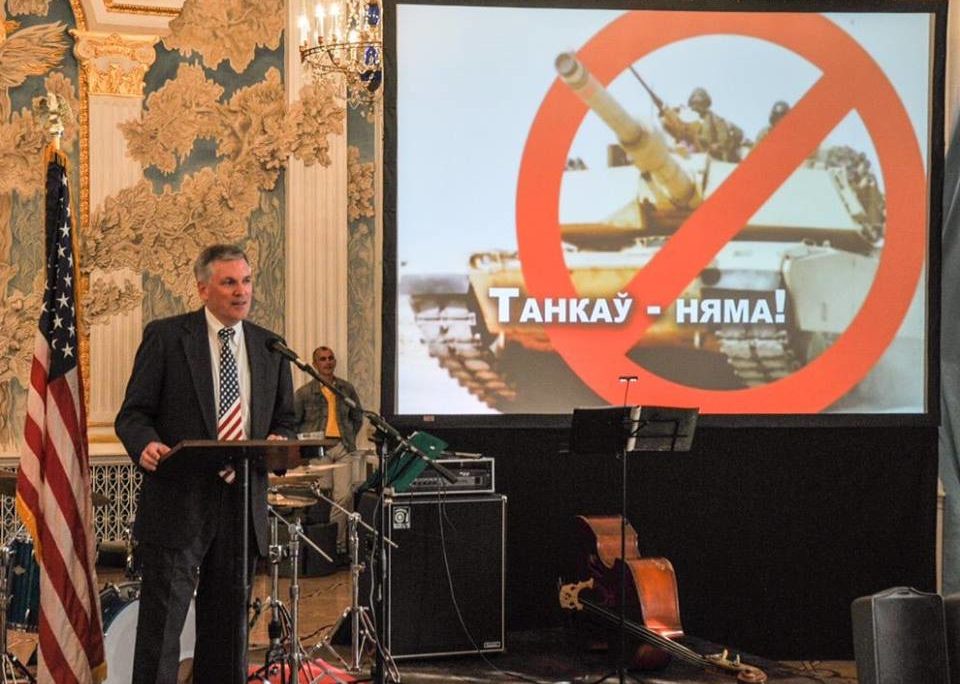 Ladies and gentlemen, friends and colleagues, welcome to our celebration of American Independence Day!

Let me begin with a special thanks for our sponsors, and for my colleagues at the U.S. Embassy, who made generous investments of money, time, and in at least one case – a beautiful cake – to make this evening memorable for all of us.

We don’t generally give speeches on the 4th of July. So in the spirit of the holiday and in honor of the famous American entertainer Dave Letterman, who made “Top 10” lists famous in the U.S. beginning in 1985, I would like to share with you a “Top 10” list of things you should know about our national holiday.

10. Independence Day is usually referred to by the day it is celebrated – the 4th of July. Given the proximity to the Belarusian national day, we often celebrate a bit earlier here.

9. The holiday does not celebrate victory in a battle or the surrender of our erstwhile colonial masters. The U.S. did not win the War of Independence until 1783. The date the Treaty of Paris was signed is not observed.

8. At any official ceremony there is one solemn event – the singing of the national anthem – “The Star Spangled Banner.”  It is also sung before the beginning of most major sports events. Thanks to the Johnny rogers Band for your beautiful rendition tonight.

7.  Americans love to grill in the summer time as much or more than Belarusians do. Hamburgers and hot dogs are standard fare on the 4th of July, you’ll have a chance to try some tonight. And picnics are the order of the day, not formal dinners.

6. Americans love wearing items that have an American flag design on the 4th.

5. The 4th of July is the only time of year Americans watch fireworks.

4. Americans love parades on the 4th of July, but they never include tanks. Tractors  – yes. Fire engines – yes. Tanks – no.

3. July 4th represents the birth of an idea, expressed in a document we revere – the Declaration of Independence, dated July 4, 1776.

2. Since then, the Declaration of Independence has become a well-known statement on human rights, particularly its second sentence:

“We hold these truths to be self-evident, that all men are created equal, that they are endowed by their Creator with certain inalienable Rights, that among these are Life, Liberty and the pursuit of Happiness.”

This has been called one of the best-known sentences in the English language, and explains America’s long-standing commitment to promoting the cause of democracy and human rights, at home and abroad.

1. The ideals set forth in the Declaration of Independence have inspired generations of patriots who have struggled for the independence of their own nations. As we work to build a Europe prosperous, whole, and free, they remain relevant in this very region today.

Please join me in a toast to the independence of the United States, and of all nations that seek to determine their own destiny!