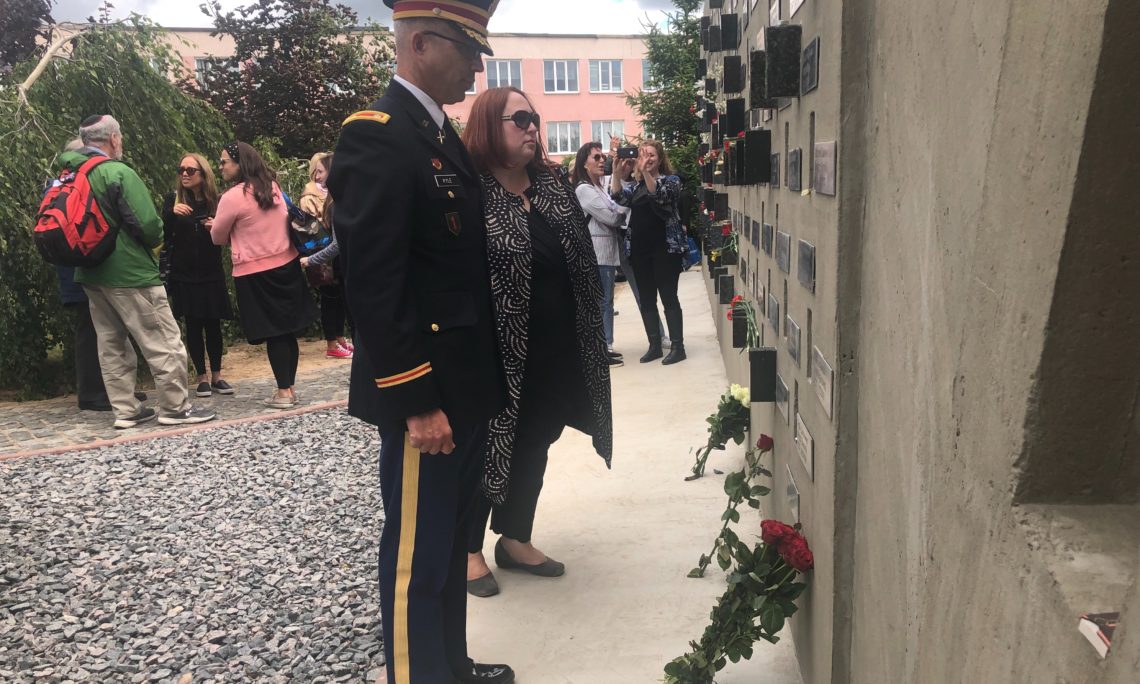 On July 8, Chargé Jenifer Moore and Defense Attaché Lieutenant Colonel Shawn Kyle joined over 70 descendants of the prominent Bielski partisan unit, along with the youngest of the brothers, Aron, for a reunion in the town of Navahrudak. The fascinating story of their resistance and escape from the Navahrudak ghetto in 1943, is paid homage to by the local museum of Jewish resistance and includes the remarkable testimony of individuals who were able to survive thanks both to their own courage and the audacity of the partisans and fighters. The memory of the thousands of local Jews who were killed in the Holocaust is also honored.

As Belarus marks the 75th anniversary of liberation from Nazi Germany in the Second World War, Chargé Moore and Attaché Kyle paid tribute to the Jewish victims of the war at the newly-inaugurated Memorial Wall and rejoiced with descendants who were able to celebrate their ancestors’ lives and reconnect with their Belarusian roots. Chargé Moore expressed her gratitude to Foreign Minister Uladzimir Makei for participating in the festivities at Navahrudak and noted: “ At a time of rising anti-Semitism in the region, I am inspired by the efforts of Belarus to recognize the tragedy of the past and endeavor to never let it happen again.”