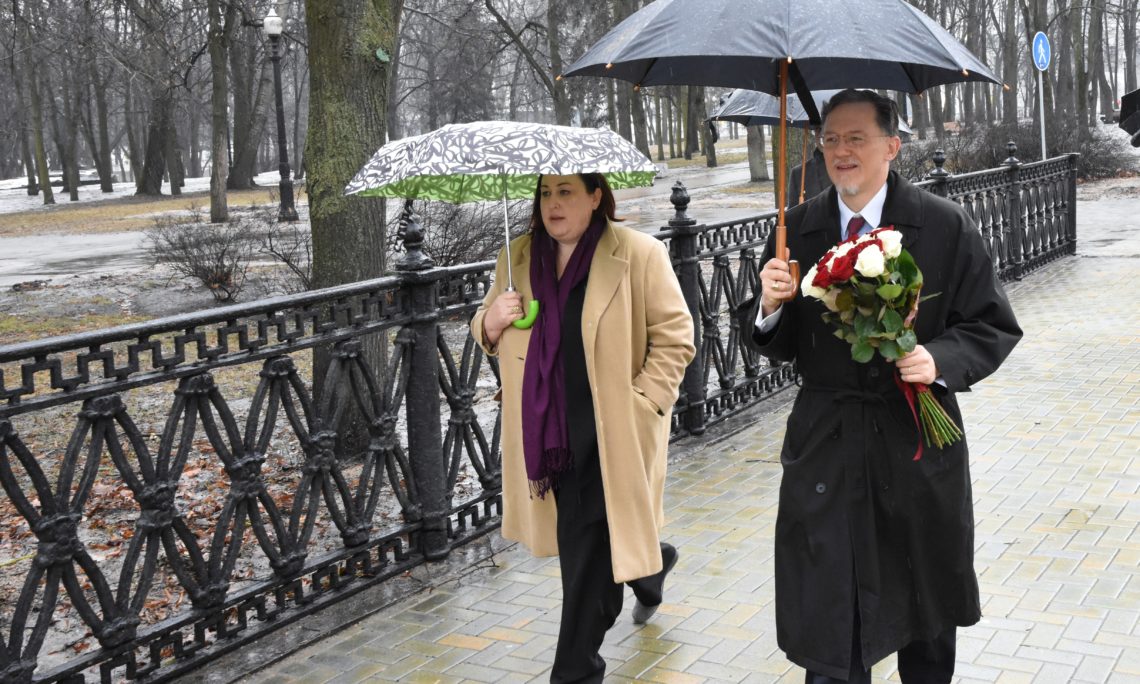 Deputy Assistant Secretary of State George Kent visited the park named after Yanka Kupala to commemorate the prominent figures of Belarusian independence and founders of the national movement of the early 20th century, Anton and Ivan Lutskevich. The American diplomat noted the relevance and importance of the Lutskevich brothers’ heritage for Belarus and its people during 101 years after the announcement of the Belarusian People’s Republic independence.