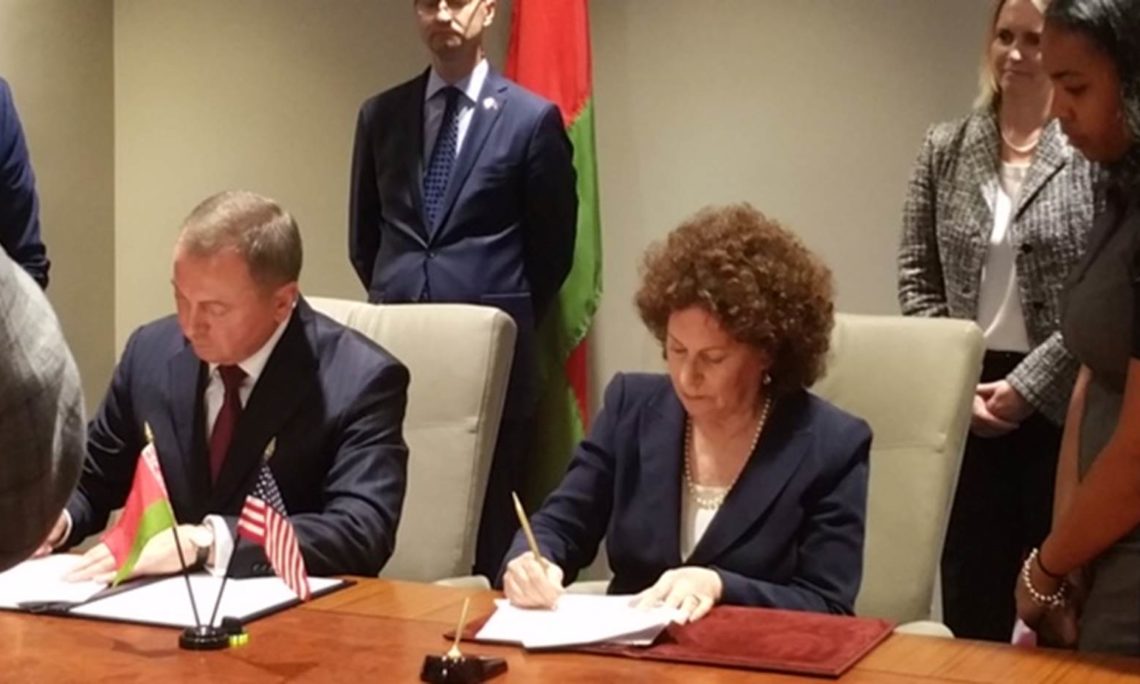 The agreement commits the two governments to protect and preserve cemeteries, memorials, historic sites, places of worship, and archives related to all peoples, with a focus on those that were victims of genocide during World War II.

The accord pledges that there will be no discrimination against the cultural property of any group or against any group in its efforts to preserve property of cultural importance. It also provides for cooperation in preserving sites.

Weiss, who negotiated the agreement for the U.S., noted that this was the twenty-fifth such agreement the U.S. has entered into with nations of eastern and central Europe and the Caucasus “to ensure the free exercise of religious beliefs and to preserve the cultural heritage of Americans.”

Makei pointed out that the agreement was the first entered into between the governments in two decades and declared that, “Belarus is interested in having normal relations with the United States.”  He emphasized that many Americans have roots in Belarus, recalling that the author of “God Bless America,” Irving Berlin, was born there.

U.S. Deputy Assistant Secretary of State of Eurasian Affairs Bridget Brink, who also spoke at the signing ceremony, stated that, “This Agreement demonstrates the stronger relationship developing between the people of the United States and Belarus. Our joint efforts to preserve cultural properties symbolize our recognition of the importance of cultural heritage and the ties between our citizens.”

The Commission for the Preservation of America’s Heritage Abroad was established by Federal law in response to the concern of the American orthodox Jewish community that burial places were being lost because of the annihilation of European Jewry during the Holocaust and repression of religious freedom under Communism.

In addition to obtaining assurances regarding the preservation of cultural properties, the Commission contracts for field surveys to identify sites and conducts, assists with, and encourages privately-funded projects to mark, restore, and preserve cultural sites.

Below, the Agreement is signed by Foreign Minister Makei (left) and Chairwoman Weiss. The Charge d’Affaires of the Belarus Embassy in Washington, DC, Pavel Shidlovsky, and Deputy Assistant Secretary Brink stand behind them.