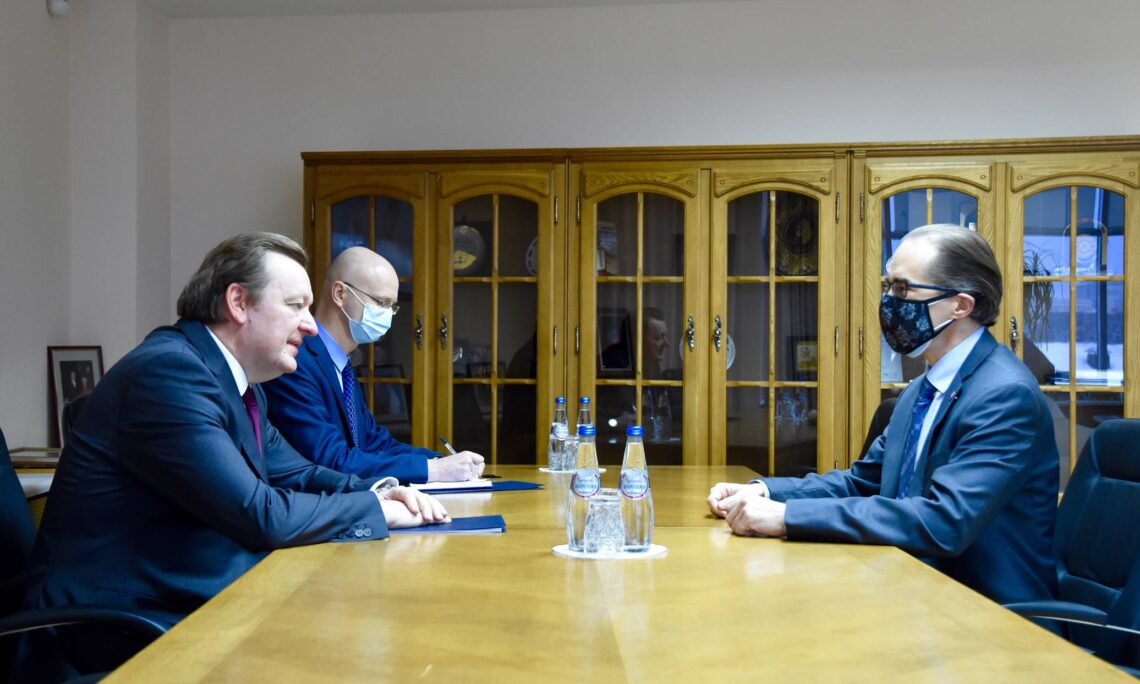 On January 14, U.S. Chargé d’Affaires Jeffrey Giauque had an introductory meeting with Belarusian Deputy Minister of Foreign Affairs Sergey Aleinik.  DFM Aleinik recently assumed responsibility for covering the relationship with the United States for the MFA.  During the conversation they discussed bilateral relations and U.S. concerns related to the human rights situation in Belarus.  In particular, Chargé Giauque stressed the need for Belarus to release former deputy director of BelaPAN Andrei Alyaksandrau and all other political prisoners, as this is a matter of critical importance to the future of bilateral relations between the United States and Belarus.