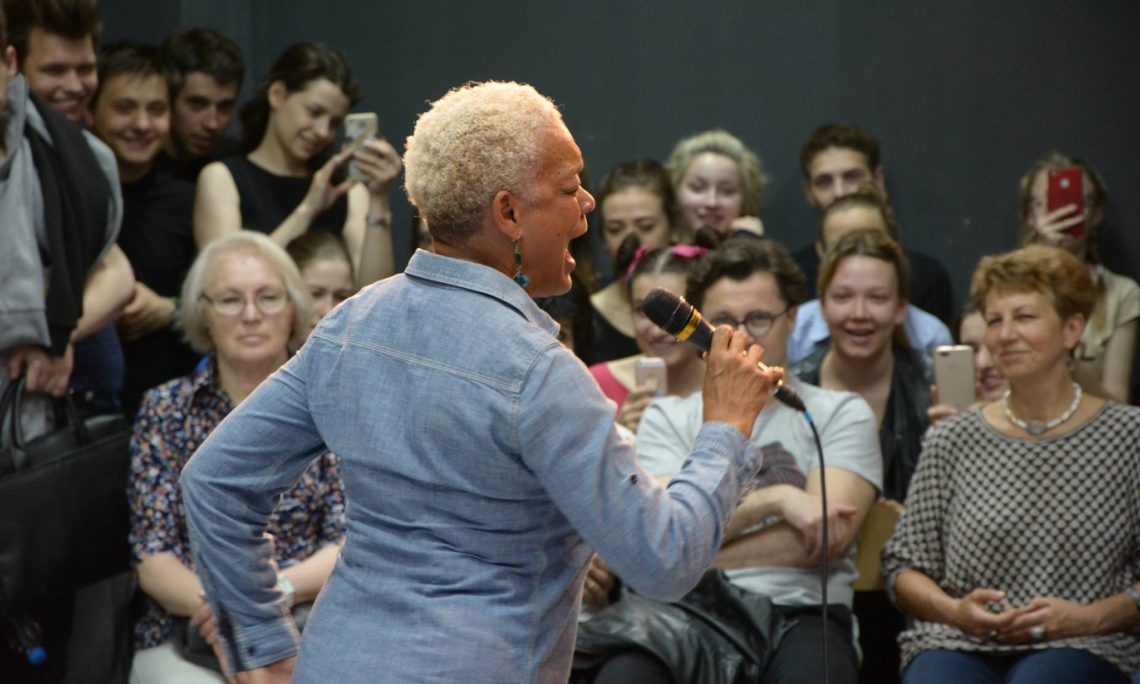 Throughout the week of May 21 – 25, U.S. jazz ensemble The Myrna Clayton Experience played to diverse audiences in Belarus, garnering wide acclaim and bringing in positive reviews from all media sources.  The five-member group, brought in by the Public Affairs Section within the framework of the Department’s American Music Abroad program, toured all three Baltic countries before arriving in Belarus, with a final tour in Moldova taking place this week.  In Belarus the group visited Borisov, Minsk, and Gomel, playing to a full house in each city.  Performing a mix of jazz standards and modern pop hits, the singer engaged audiences, inviting them to sing along and even dance on stage with her.  In addition, Clayton and her band presented their music and shared personal career stories with a variety of other audiences, including English Access Microscholarship students, patrons of InfoUSA spaces, and NGO members in Borisov and Gomel.   They also gave a vocal master class for theater students and instructors at the Belarusian State Academy of Arts in Minsk.  The Myrna Clayton Experience reinforced decades of cultural connections between the peoples of Belarus and the United States through the universal language of jazz music.