Home галоўная старонка | News & Events | On the Unjust Detention of a U.S. Citizen in Belarus 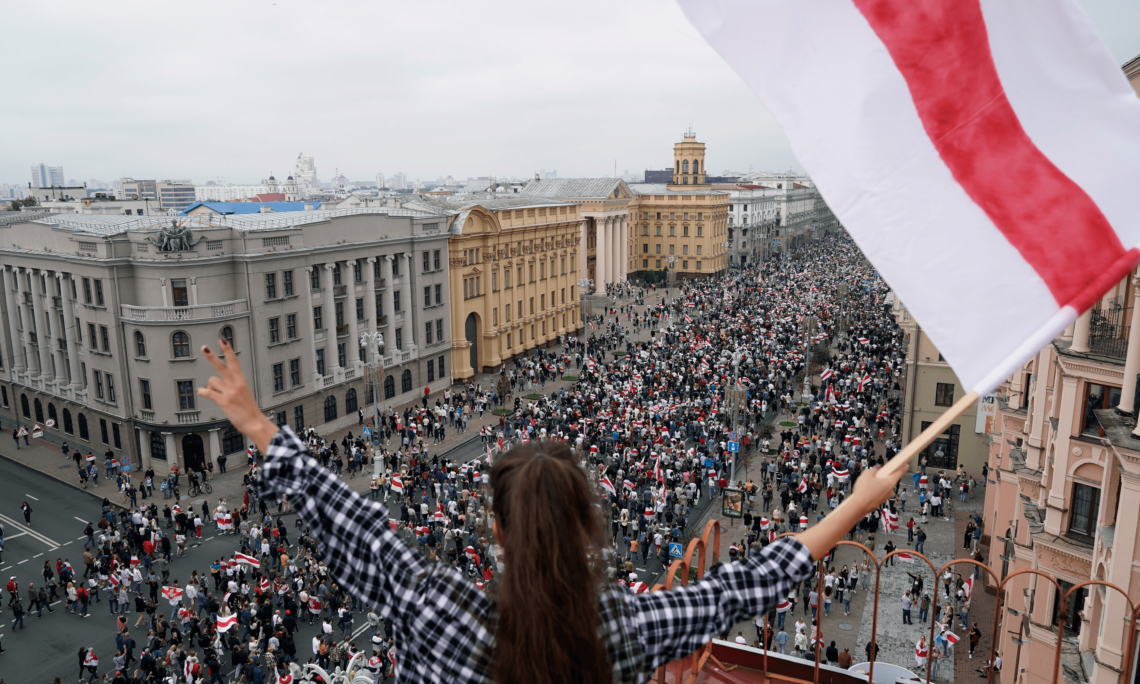 We must note our disappointment with Belarusian authorities’ decision to hold a secret presidential inauguration on September 23 after fraudulent elections.  We remain deeply concerned about their continued crackdown on peaceful protesters.  We are inspired by the courage of protesters and opposition leaders in Belarus who peacefully defend the right of the Belarusian people to choose their own leaders in a free and fair election.  All unjustly detained people in Belarus must be released immediately.

As I did during my September 17 statement, I would like to highlight the wrongful detention of a U.S. citizen in Belarus. I’be grateful for the attention of the representatives of the participating States on the remainder of the statement.

On July 9, the participating States of the OSCE attended a Permanent Council meeting, as we do most Thursdays.  After hours of dialogue, we returned safely to our homes.  On July 9, U.S. citizen Vitali Shkliarov and his son traveled to Gomel, Belarus to visit his sick mother and celebrate Vitali’s birthday with friends and family.

Vitali’s wife, one of our Foreign Service Officers, was also safe at home in Virginia, preparing for her family’s upcoming move to Ukraine to take up her diplomatic official duties there.

On July 29, while visiting his parents in Gomel, Vitali was wrongfully detained by Belarusian authorities while out buying his mother a watermelon.  Vitali only had enough time to send out a message on his Telegram channel, which read “Arrested.”  He has been charged with organizing an event in a town he has never visited, on behalf of a candidate he has never met, on a day when he was with his family in the United States.

On September 8, Vitali was on the 42nd day of his wrongful detention, in deplorable conditions, and feeling extremely unwell, with a high fever, respiratory issues, chills and muscle pains.  This was in addition to the extreme psychological pressure and physical abuse that Vitali had endured for the past 42 days.

On September 17, the United States and 16 other OSCE participating States invoked the “Moscow Mechanism,” triggering an international fact-finding mission in response to reports of serious human rights violations and abuses in Belarus.

It is now October 1.  It has been 65 days since Vitali was wrongfully detained by Belarusian authorities.  Not one more day of unlawful detention is acceptable.

The United States demands the immediate release of Vitali Shkliarov.

Mr. Chairman, for the past year the United States has been cooperating and working in partnership with Belarus on the issue of Trafficking in Persons, with the intention of working together in order to secure the safety and progress on behalf of the people who are unlawfully detained and misused.  In fact, we offered a Joint Declaration at the Ministerial last year in Slovakia.

This behavior, which is viewed most seriously by the United States, is certainly not consistent with that spirit of cooperation that our two countries have displayed over the past year.

We call for an end to the abuses and brutal violence against protesters, journalists, and opposition activists.  We urge Belarusian authorities to cooperate fully with the Moscow Mechanism Expert Missionand to immediately adhere to Belarus’s international law obligations and OSCE commitments on freedom of expression and the right to peaceful assembly.