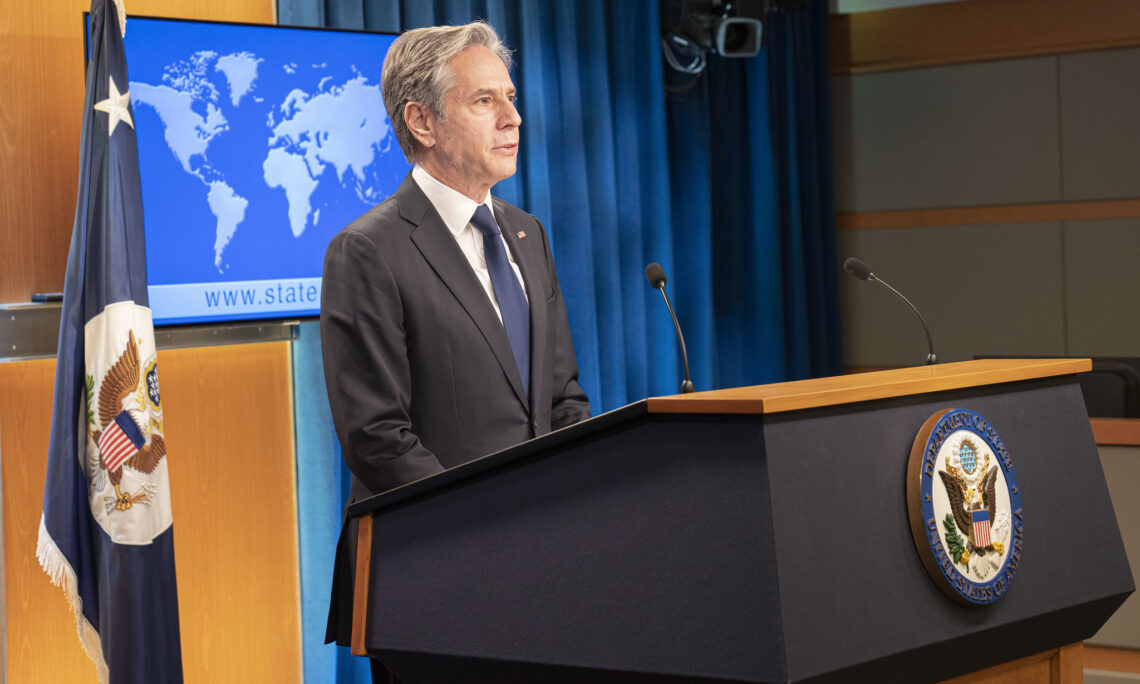 The Lukashenka regime now holds more than 1,000 political prisoners.  These Belarusians, from all walks of life, have been arrested and confined simply because they peacefully exercised their rights to freedom of expression and assembly in response to a fraudulent election and the Lukashenka regime’s abuses.  Tens of thousands more innocent Belarusians have also spent time in jail since and in the lead up to the fraudulent presidential election in August 2020.

Since August 2020, the United States, in coordination with allies and partners, has imposed five rounds of sanctions on officials and supporters of the brutal Lukashenka regime.  Those sanctions will remain in place until the authorities cease their relentless repression of the Belarusian people, including by unconditionally releasing all political prisoners.

Each of these 1,000 prisoners is an individual being deprived of liberty.  While some of the political prisoners are well known to the public, every single one is known and missed by family, friends, and colleagues.  We note that those families are suffering needlessly as well.

Many of these prisoners – and those who have been previously held and released, as well as those forced to flee the country – have been subjected to reprehensible conditions.  Harsh treatment, including torture, in prisons and detention facilities has been extensively documented.  Some political prisoners suffer from serious illnesses and disabilities and have been denied necessary qualified medical care or deliberately abused to worsen their conditions.  They often are unable to find adequate legal representation due to the regime’s reprisals against defense lawyers.  Dozens of lawyers have been stripped of their law licenses – and sometimes jailed themselves – because they dared to represent prisoners or opposition figures.

The United States calls again for the immediate and unconditional release of all political prisoners, recognizing it as a necessary step for Belarus to emerge from its political crisis.  We will continue to work for justice for victims and accountability for perpetrators.  We call on Belarus to meet its commitments as a participating state of the Organization for Security and Cooperation in Europe and its international legal obligations to respect human rights and fundamental freedoms.  We stand with the people of Belarus as they seek a future based on the rule of law and accountable, democratic government.