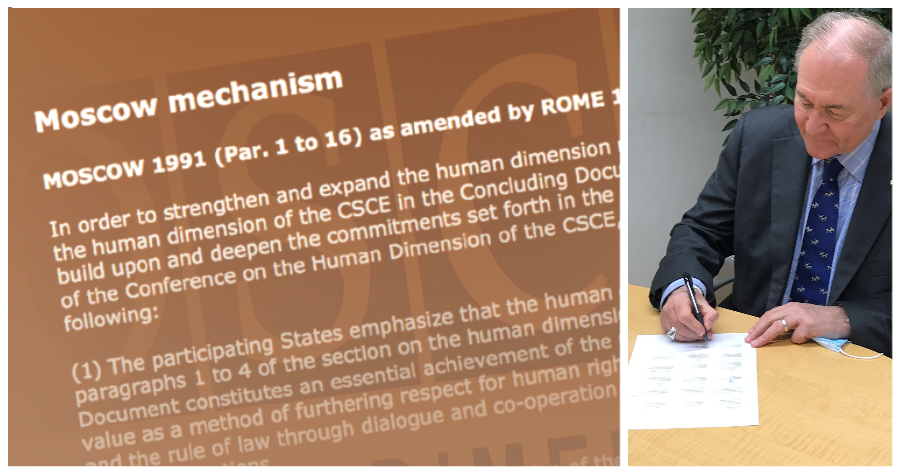 Vienna – Before, during, and after the fraudulent August 9 elections in Belarus, the United States and other participating States of the Organization for Security and Cooperation in Europe (OSCE) expressed deepening concerns about respect for human rights and fundamental freedoms in the country.

Today, 17 participating States, including the United States, are invoking the OSCE’s “Moscow Mechanism,”  to establish an independent Expert Mission, which will look into credible reports of serious human rights abuses and violations, including election fraud and substantial interference with freedom of expression and the right of peaceful assembly  in Belarus. We call upon Belarusian authorities to cooperate with the Mission.

The many credible reports indicate that authorities in Belarus have unjustly and forcefully detained, arrested, and even abused numerous Belarusians peacefully demanding the right to determine their country’s own path through free and fair elections.  Journalists have been targets of violence and stripped of their accreditation in retaliation for their work. Authorities’ imposition of extensive internet shutdowns has restricted the ability of Belarusians to access critical information.  Leading political opposition figures have been detained, arrested, or driven out of the country in an attempt to silence dissent.  Moreover, the Belarus authorities have not responded to the OSCE Chairmanship’s earlier offers to facilitate a national dialogue between Belarusian authorities and representatives of the people of Belarus.

The Moscow Mechanism allows a group of ten or more participating States to establish a mission of independent experts to look into a particularly serious threat to the fulfillment of human rights commitments in a participating State. The Expert Mission will issue a report with recommendations and advice for the Republic of Belarus, the OSCE, and the international community on possible solutions to the concerns raised.

The United States has called for the Belarus authorities to immediately end their violence against the Belarusian people and release all those unjustly detained or imprisoned.  The citizens of Belarus have the right to determine their leaders through free and fair elections.  We hope the invocation of the Moscow Mechanism today will help bring a peaceful solution to the political crisis in Belarus.