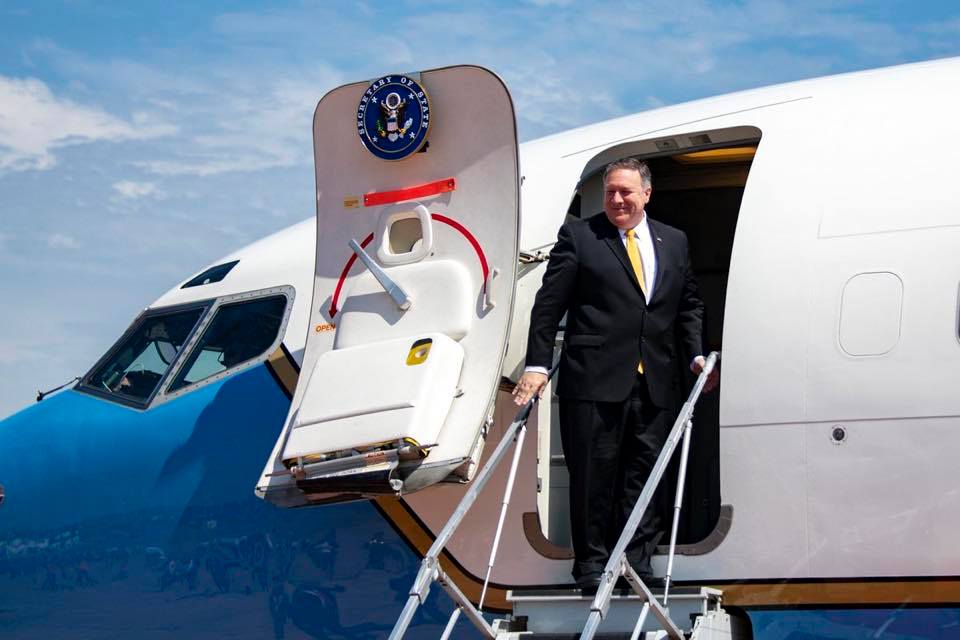 Secretary Pompeo will travel to London on January 29, where he will meet with UK Prime Minister Boris Johnson and UK Foreign Secretary Dominic Raab to reaffirm the Special Relationship following the UK’s departure from the EU and discuss ways to broaden and deepen trade ties.

The Secretary will then travel to Kyiv on January 30, where he will meet with President Zelenskyy, Foreign Minister Prystaiko, and Defense Minister Zahorodnyuk to highlight U.S. support for Ukraine’s sovereignty and territorial integrity. The Secretary will also attend a wreath laying ceremony at St. Michael’s to honor those who have fallen in the Donbas, and meet with religious, civil society, and business community leaders.

On February 1, in Minsk, the Secretary will meet with President Lukashenka and Foreign Minister Makei to underscore the U.S. commitment to a sovereign, independent, stable, and prosperous Belarus, and affirm our desire to normalize our bilateral relations.

Following his visit to Minsk, the Secretary will travel to Nur-Sultan, where he will meet with Kazakhstani President Tokayev, First President Nazarbayev, and Foreign Minister Tileuberdi to reaffirm our shared commitment to peace, prosperity, and security in Central Asia.

The Secretary will then travel to Tashkent February 2-3, where he will meet with President Mirziyoyev and Foreign Minister Kamilov to underscore U.S. support for Uzbekistan’s reforms and the country’s sovereignty, independence, and territorial integrity.

In Tashkent, the Secretary will also participate in a C5+1 Ministerial with the foreign ministers of Kazakhstan, the Kyrgyz Republic, Tajikistan, Turkmenistan, and Uzbekistan to stress U.S. support for a better connected, more prosperous, and more secure Central Asia, consistent with the U.S.’s new Central Asia Strategy.