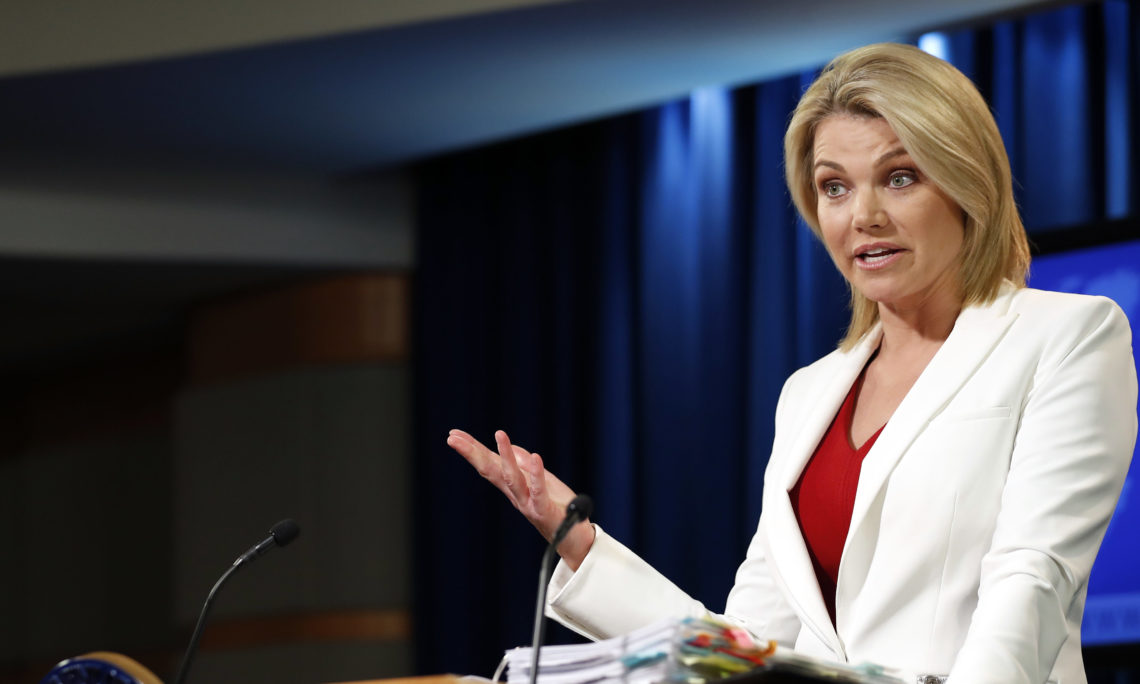 Statement by Heather Nauert, acting under Secretary for Public Affairs and Public Diplomacy, and Spokesperson

Four years ago this week, Russia held an illegitimate, fabricated “referendum” in Ukraine in a futile attempt to legitimize its purported annexation of Ukrainian territory.  Crimean residents were compelled to vote under scrutiny by heavily armed Russian troops.  Russia’s claim that Ukrainians made a free choice in that sham “referendum” has always lacked credibility.

In his campaign rally in Crimea today, President Putin reiterated Russia’s false claims to Ukrainian territory in another open admission that the Russian government disdains the international order and disrespects the territorial integrity of sovereign nations.

In light of Putin’s remarks, it is important to call attention to the illegitimacy of the staged “referendum,” but also to the tremendous human costs the Russian government has imposed on the people of Crimea.  Over the past four years, Russia has engaged in a campaign of coercion and violence, targeting anyone opposed to its attempted annexation.  Russian occupation authorities have subjected Crimean Tatars, ethnic Ukrainians, pro-Ukrainian activists, civil society members, and independent journalists to politically motivated prosecution and ongoing repression, while methodically suppressing nongovernmental organizations and independent media outlets.

We stand behind those courageous individuals who continue to speak out about these abuses and we call on Russia to cease its attempts to quell fundamental freedoms of expression, peaceful assembly and association, and religion or belief.

We reaffirm our commitment to Ukraine’s sovereignty and territorial integrity within its internationally recognized borders. Crimea is part of Ukraine and our Crimea-related sanctions will remain in place until Russia returns control of the peninsula to Ukraine.