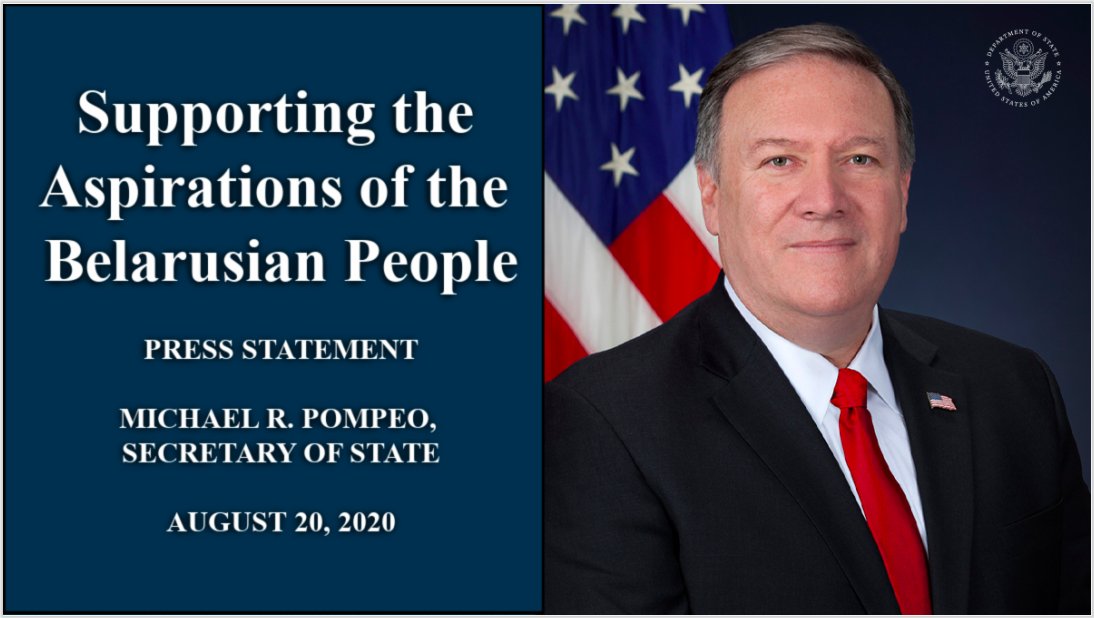 The United States has been inspired by the display of peaceful expression of the Belarusian people seeking to determine their own future. We stand by our long-term commitment to support Belarus’ sovereignty and territorial integrity, as well as the aspirations of the Belarusian people to choose their leaders and to choose their own path, free from external intervention.

We remain deeply concerned by serious flaws in the August 9 presidential election in Belarus and strongly condemn the violence carried out against peaceful protesters and journalists, the arrest of opposition candidates and peaceful protesters, the blockage of Belarus’ internet service, and the abuse of detainees. We call for the immediate release of those unjustly detained, and an accounting for those reported missing.

The United States supports free and fair elections that reflect the will of the Belarusian people as a matter of principle. The August 9 elections did not meet that standard. Belarus, like the United States, is a member of the OSCE, which upholds those standards. We urge the government of Belarus to accept the OSCE chairmanship’s offer to facilitate dialogue and engage all stakeholders. We support international efforts to independently look into Belarus’ electoral irregularities, the human rights abuses surrounding the election, and the crackdown that has followed.

We urge the Belarusian government to actively engage Belarusian society, including through the newly established National Coordination Council, in a way that reflects what the Belarusian people are demanding, for the sake of Belarus’ future, and for a successful Belarus.