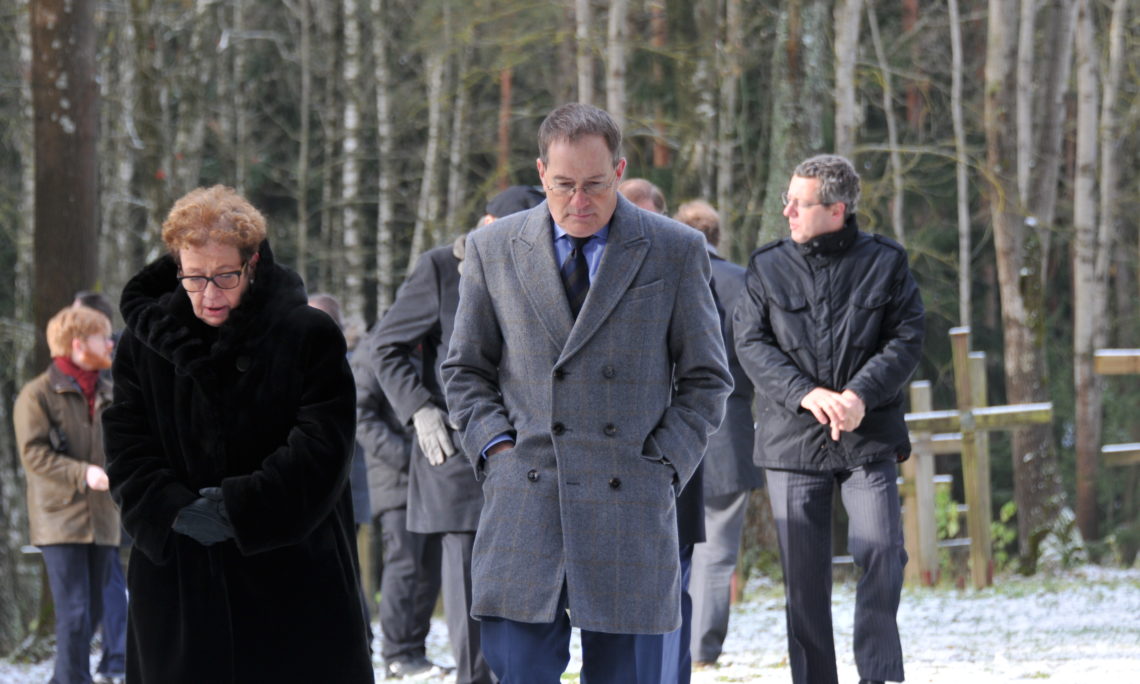 On November 4, 2016, during an annual commemoration of the tens of thousands of victims of the Stalinist era, U.S. Chargé d’affaires Robert Riley and heads and representatives of several European missions in Minsk, Belarus, paid their respects at Kurapaty to those executed there between 1937-41