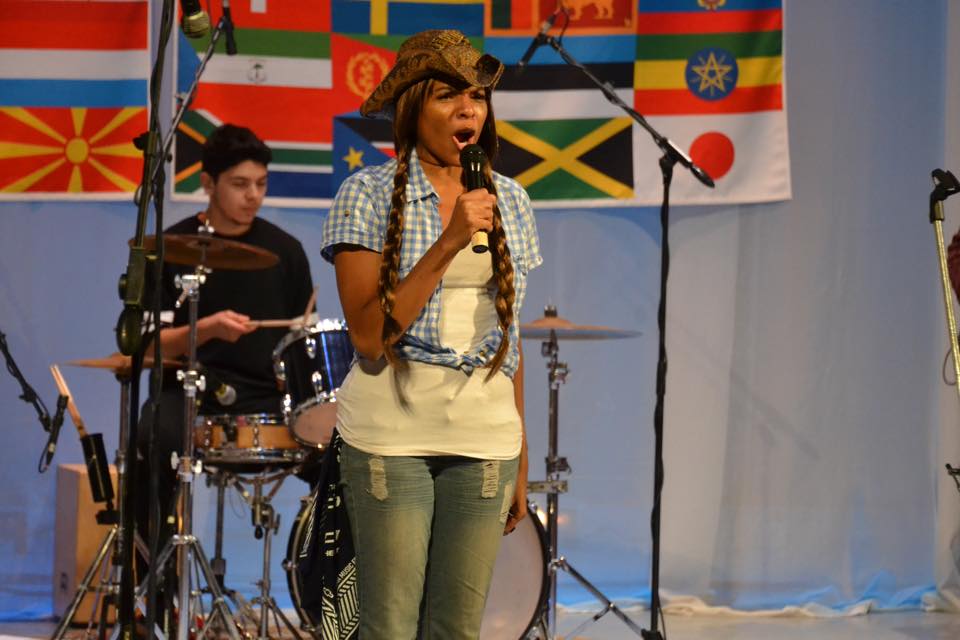 On October 26-30, a U.S. country music band “Blended 328” based in Nashville, Tennessee, visited Belarus to play live concerts in Minsk, Gomel, Mogilev and Vitebsk.  The musical group joined the United Nations 70th anniversary celebrations campaign in order to highlight universal values of unity, tolerance and peace. The talented musicians of “Blended328” skillfully demonstrated their own smart and chic style of “Go Country” music with fresh grooves, global music perspectives and lyrics that emphasize social responsibility, diversity and inclusivity.  In addition to spectacular evening performances that were warmly welcomed by Belarusian audiences, the musicians presented an interactive mini-concert to children with disabilities at Special School #5 in Gomel, gave masterclasses, and jammed with local musicians during their tour.