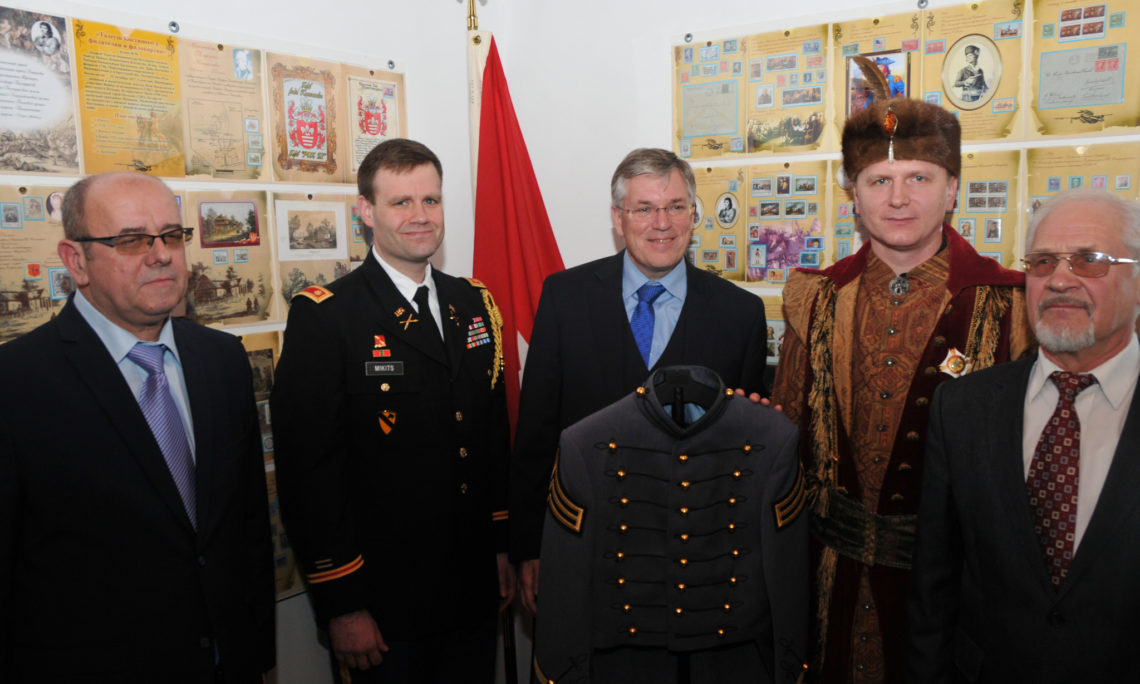 A U.S. Embassy delegation headed by Chargé d’affaires Scott Rauland marked the 269th birthday of U.S. Revolutionary War hero Tadeusz Kosciuszko, who is also considered a hero by many others as well, including in Belarus, Poland and France.  Rauland, accompanied by Assistant Army Attaché Major Janis Mikits from the U.S. Embassy Kyiv, brought the museum a special gift – a cadet uniform from the U.S. Military Academy at West Point.  During the U.S. Revolutionary War, Kosciuszko designed and oversaw the construction of state-of-the-art fortifications at West Point. Representatives of local authorities, the Diplomatic Corp, historical societies, civil society, and others gather annually on February 4th at Kosciuszko’s boyhood home in Kosovo, Belarus.

During the trip, CDA Rauland and Major Mikits also visited the Brest Fortress memorial to pay their respects and lay flowers at the Eternal Flame. “Remembering our common hero Tadeusz Kosciuszko, I would like to recall another milestone of our common history – the honor and sacrifice of the Soviet and American servicemen in World War II, the 70th anniversary of the end of which we will be celebrating this year,” – Rauland remarked.