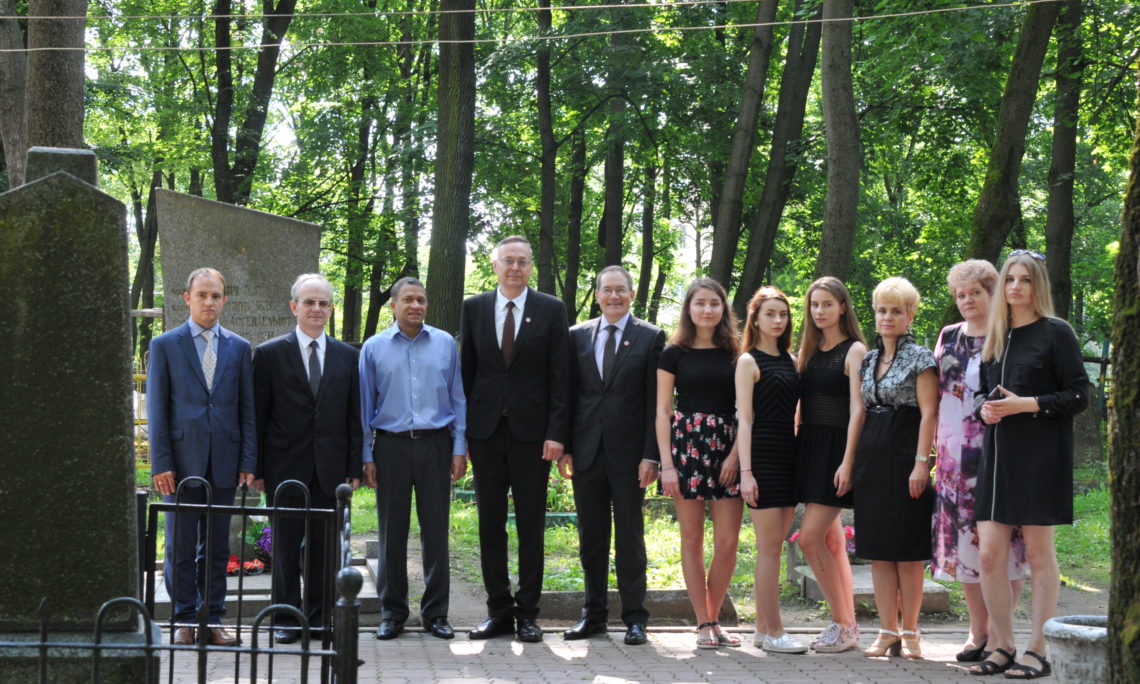 On August 4, 2017 the U.S. Embassy, the United Nations Office in Belarus and the Ministry of Foreign Affairs of Belarus held a commemoration ceremony for American Ruth Waller, a member of the United Nations Relief and Rehabilitation Administration (UNRRA) Mission in post-war Belarus. UNRRA’s technical and food assistance, to which the United States was the biggest contributor, helped Belarus through in the times of devastation, famine and grief.

Ruth Waller  succumbed to a terminal disease on August 4 in 1946 after she pulled drowning Belarusian kids out of water, has been remembered by the U.S. Embassy since the mid-1990ies. As a result of cooperative efforts between the Ministry of Foreign Affairs, Minsk Executive Committee, U.S. Embassy and the United Nations Office, in 2015 a memorial plaque honoring the UNRRA Mission in Belarus was installed on the house in Loshitsa where the Mission lived and worked, and in 2016 Minsk School 130 was named after Ruth Waller in a ceremony attended by UN Deputy Secretary General Helen Clarke, diplomatic staff, Belarusian officials and general public.  School representatives, led by headmaster Dmitriy Bektyashkin, joined today U.S. Charge d’affaires Robert Riley, United Nations Permanent Representative Sanaka Samarasinha,  Americas’ Department of the Ministry of Foreign Affairs Pavel Pustovoy and Timofei Demin to pay respects to Ruth and the good work done by UNRRA for the benefit  of all Belarusians.