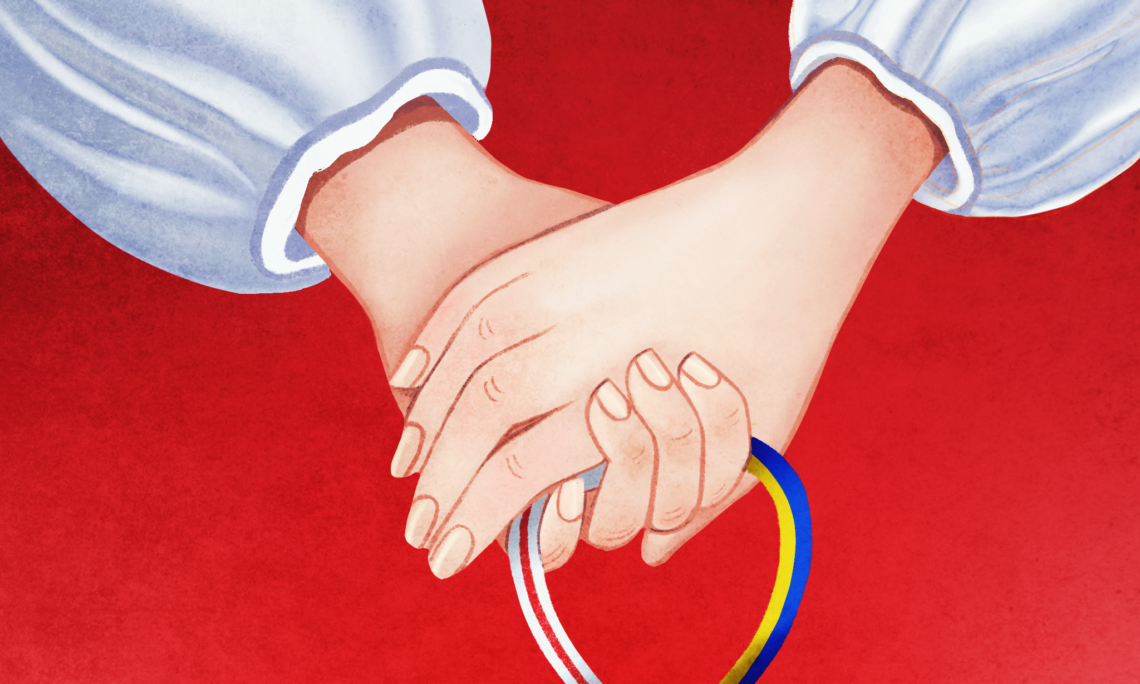 The eyes of the world are on Ukraine today, which celebrates the 31st anniversary of its independence on August 24, a date which also marks six months since Russia’s full-scale, unprovoked invasion. Ukraine, a country under attack by Russia since 2014, has now withstood half a year of massive bombings, sieges of cities, and atrocities against its people.  Ukraine is fighting to defend not only its democracy, but its very survival as an independent country.  But the consequences of Russia’s war are not confined to Ukraine, and the independent future of both Ukraine and Belarus are under threat from Russia’s expansionist, imperialist policies.

The people of Belarus, like the people of Ukraine, seek a future based on the preservation of their country’s sovereignty, democratic principles, and rule of law. But the Lukashenka regime’s singular focus on maintaining power has eroded Belarusian sovereignty and ceded Belarusian land, air, and infrastructure in service to Russia’s war effort. The Lukashenka regime’s complicity in and facilitation of Russia’s war against Ukraine run counter to the will of the Belarusian people.

As international sanctions continue to degrade Putin’s warfighting capabilities, Ukrainian forces are successfully defending their country and the Ukrainian people are more united than ever.

From Main Street to the Maidan, Capitol Hill to the EU Concilium, broad support for Ukraine has demonstrated that unprovoked attacks on sovereign, independent states will not go unanswered and will come at a very high price – for both Russia and the Lukashenka regime. The United States and its allies and partners around the world are more united than ever.

Since the fraudulent presidential election of August 9, 2020, the Belarusian people have demonstrated remarkable resilience in sustaining their pro-democracy movement at great personal sacrifice. Since February 24, 2022, the Belarusian democratic forces have made clear that the Belarusian people are against Russia’s invasion of Ukraine, against the Lukashenka regime’s facilitation of that war, and against any attempt to degrade the sovereignty and independence of both countries. Belarusian volunteers have fought alongside Ukrainian troops to defend Ukrainian territory, Belarusian civil society organizations have gathered humanitarian assistance and delivered it in support of the Ukrainian people, and Belarusians have taken steps to disrupt the transport of Russian munitions and personnel through Belarusian territory into Ukraine.

The United States will continue to promote accountability for the Lukashenka regime’s egregious human rights abuses, including the jailing of over 1,300 political prisoners. We will also stand firm in holding the regime to account for its support of Russia’s invasion of Ukraine.