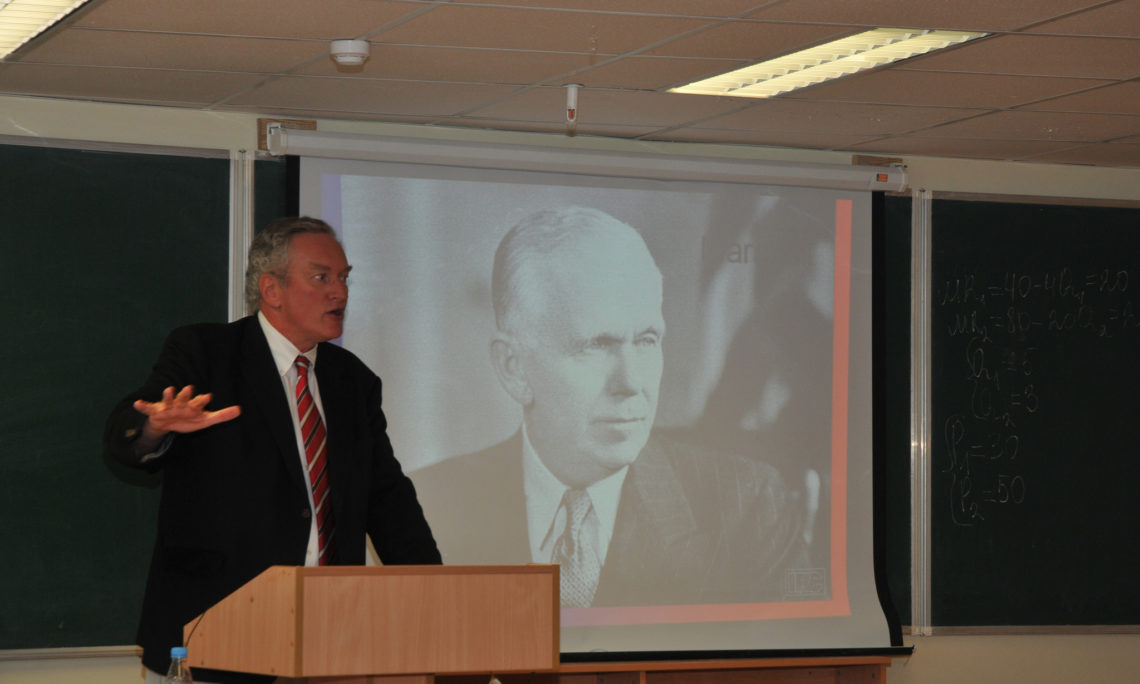 Hubert Van Tuyll, Professor of History from the Regents University at Augusta, Georgia, visited Belarus on April 26-30 to speak before various Belarusian audiences on the issue of U.S. assistance to the Soviet Union during World War II.  Totaling $140,000,000,000 in today’s currency, the aid under the Lend-Lease Program, which President Roosevelt pushed Congress to approve, included military equipment, weapons, food, clothing, means of communications and vital raw materials to which Soviet industry did not have access. Professor Van Tuyll gave presentations on the subject to the students of Belarusian State University, museum workers and historians at the Museum of the Great Patriotic War in Minsk, and to the general public in Mogilev and Minsk, answering many questions on the history of World War II in the process.