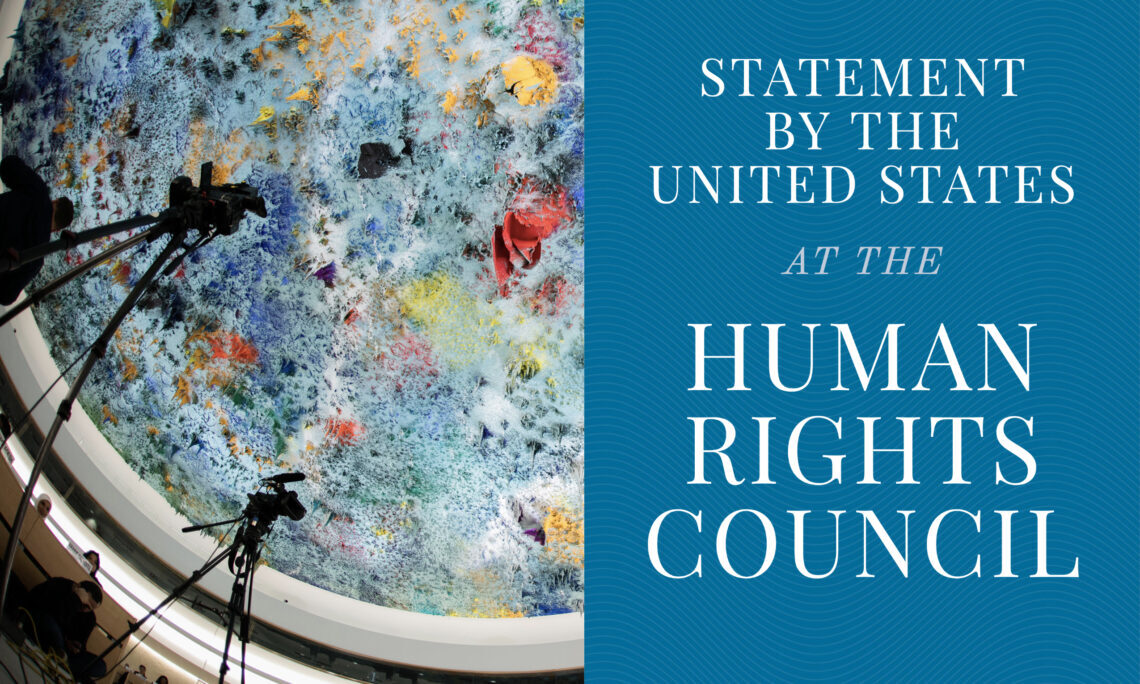 The United States remains deeply troubled by the Belarusian government’s crackdown on peaceful protesters, including reports of torture, continued detention of over 200 political prisoners, and refusal to engage in genuine dialogue with civil society, including the Coordination Council.

We condemn the February 16 raids of human rights organization Vyasna, the Belarusian Association of Journalists, and an independent trade union.  These are the latest examples of the Belarussian government’s contempt for human rights and media freedom.

We urge the government to cease its campaign of repression against civil society, including human rights NGOs and opposition political parties; ensure space for open political dialogue; and support the right of the Belarusian people to choose their own leaders via free and fair elections.

Madame President, what steps can the international community take to hold human rights violators accountable for egregious violence used against those peacefully demanding dignity and democracy?