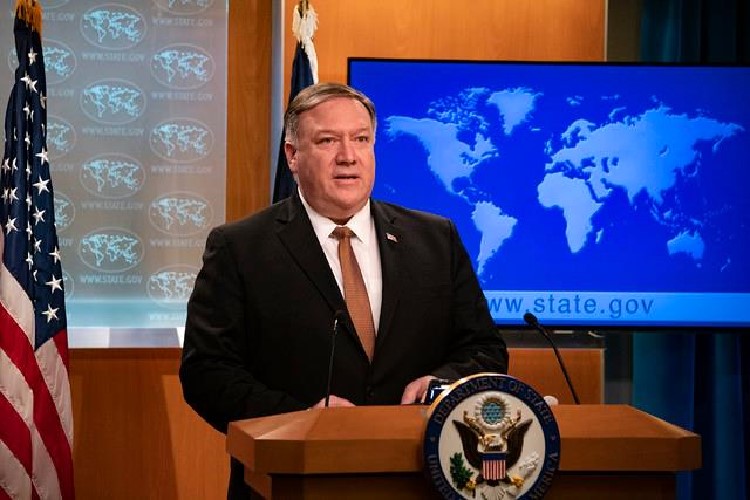 U.S. DEPARTMENT OF STATE
Office of the Spokesperson
Statement by Secretary Pompeo
August 2, 2019

On February 2, 2019, the United States provided its six-month notice of withdrawal from the Intermediate-Range Nuclear Forces (INF) Treaty due to the Russian Federation’s continuing violation of the treaty.

The U.S. withdrawal pursuant to Article XV of the treaty takes effect today because Russia failed to return to full and verified compliance through the destruction of its noncompliant missile system—the SSC-8 or 9M729 ground-launched, intermediate-range cruise missile.

Russia is solely responsible for the treaty’s demise. Dating back to at least the mid-2000s, Russia developed, produced, flight tested, and has now fielded multiple battalions of its noncompliant missile. The United States first raised its concerns with Russia in 2013. Russia subsequently and systematically rebuffed six years of U.S. efforts seeking Russia’s return to compliance. With the full support of our NATO Allies, the United States has determined Russia to be in material breach of the treaty, and has subsequently suspended our obligations under the treaty. Over the past six months, the United States provided Russia a final opportunity to correct its noncompliance. As it has for many years, Russia chose to keep its noncompliant missile rather than going back into compliance with its treaty obligations.

The United States will not remain party to a treaty that is deliberately violated by Russia. Russia’s noncompliance under the treaty jeopardizes U.S. supreme interests as Russia’s development and fielding of a treaty-violating missile system represents a direct threat to the United States and our allies and partners. The United States greatly appreciates the steadfast cooperation and resolve NATO allies have shown in responding to Russia’s violation.

The United States remains committed to effective arms control that advances U.S., allied, and partner security; is verifiable and enforceable; and includes partners that comply responsibly with their obligations. President Trump has charged this Administration with beginning a new chapter by seeking a new era of arms control that moves beyond the bilateral treaties of the past. Going forward, the United States calls upon Russia and China to join us in this opportunity to deliver real security results to our nations and the entire world.