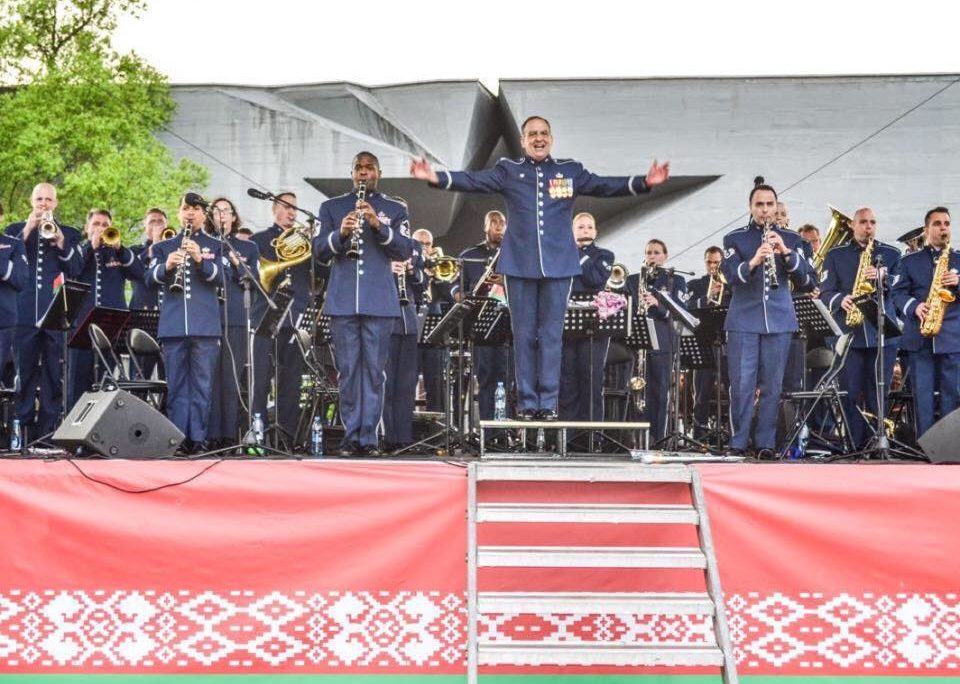 The U.S. Embassy is proud to host the visit by the United States Air Force in Europe Band to Minsk, May 6-10.  In addition to participating in the May 9 Victory Day celebrations in Minsk, the band will perform at the Brest Fortress, the first point of the invasion of Belarus by Hitler’s armed forces on June 22, 1941.  We honor the sacrifice of those who fought against Nazism in World War II and note that Belarus suffered some of the severest casualties, with millions of military and civilians killed.