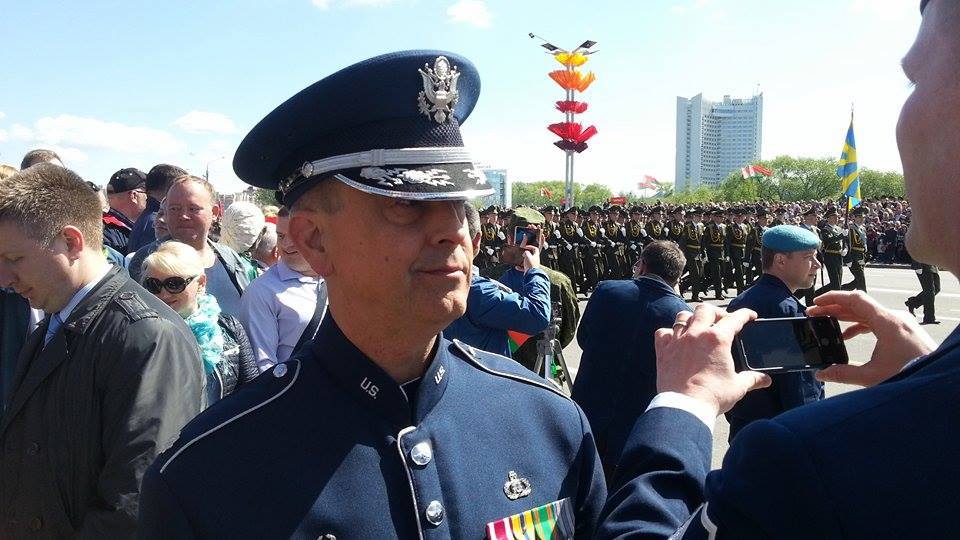 The May 6-10 visit to Belarus of the United State Air Force Europe (USAFE) Band and its participation in the Victory Day celebrations in Belarus acknowledged the role that the Soviet Union played in the defeat of the Nazis and the victorious end of the Second World War. The Band’s visit left a lasting memory with those Belarusians who attended the performances in Brest and Minsk, watched the band perform in the Victory Day parade, or shared their own impressions on social media platforms.

Belarusian audiences were charmed by a medley of Belarusian folk music, but also cheered Broadway hits, Hollywood movie themes, and other items on the concert program.  The demand for post-concert photos and conversations with the conductor and Band members could have lasted for hours. The high point of the Band’s visit was marching in the Victory Day parade, the first for both countries in 24 years of Belarusian Independence.