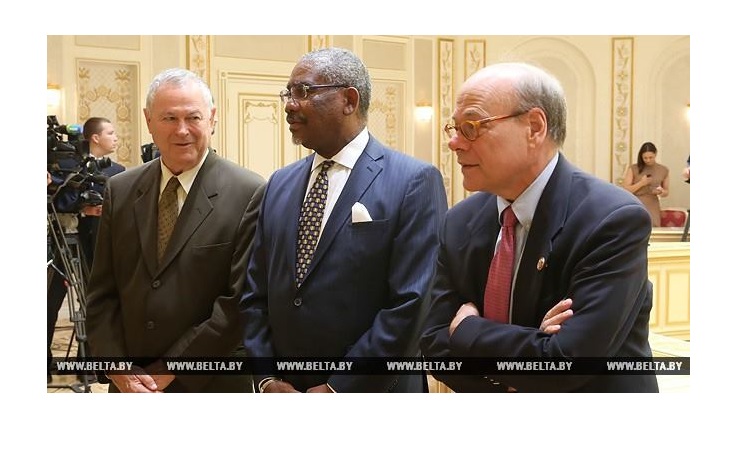 The delegation discussed bilateral U.S.-Belarusian relations, human rights and democratization issues, the state of the Belarusian economy, and regional security, including the crisis in Ukraine. The delegation also underscored the United States’ commitment to supporting the sovereignty and independence of all states. They spoke about finding the prerequisites for peace in the region, which include improved cooperation with Belarus in areas of mutual interest, while emphasizing long-standing U.S. concerns for the need to take concrete steps on human rights and democracy, particularly in the run-up to 2015 presidential elections.